Come to think of it, I am uncomfortable in my mother tongues. Afrikaans makes me wonder if I am saying things correctly, if the idioms I use actually exist, whether something is spelled with a 'v' or with an 'f' and whether the vowel needs to be doubled or not. German poses similar problems. There is a vast vocabulary and cultural background in both that I have not grown up with because the languages represented my mother or my father, not countries and colloquialisms.

I feel at home in English because I don't need to think about which words fit. I learnt being 'as dead as a door nail' in Grade 4 when my mother sat outside on the patio with me and taught me the words. English took root consciously whereas the others remain at times uncertain to my tongue.

The past weekend however I did feel somewhat of a homecoming upon hearing Dutch in Amsterdam. Reading the billboards and the descriptions of products in the supermarket was easy. Hell, the supermarkets itself felt like going into Woolies and not into Lidl. The fresh produce looked fresh, the home brand's packaging was simplistic but modern, and everything invited you to purchase it.

But the trip to Amsterdam was not about language or consumerism (ok, a little bit of consumerism). All I wanted were fields of flowers. Tulip upon tulip merging into a blanket of colour. Because it was a mild winter the bulbs bloomed earlier and we came upon the last of the flowers. But more on that in a later post.

The trip there already took us 6 trains and 8 hours, so when the first 5 Amsterdammers were really unfriendly I was slightly pessimistic about the next few days. The city was also overrun with tourists who wanted to stand in queues for hours and tick off the Rijksmuseum and Anne Frank house from their lists. The girls I was travelling with also went to the museums, so instead I strolled along alone and simply took in the city. 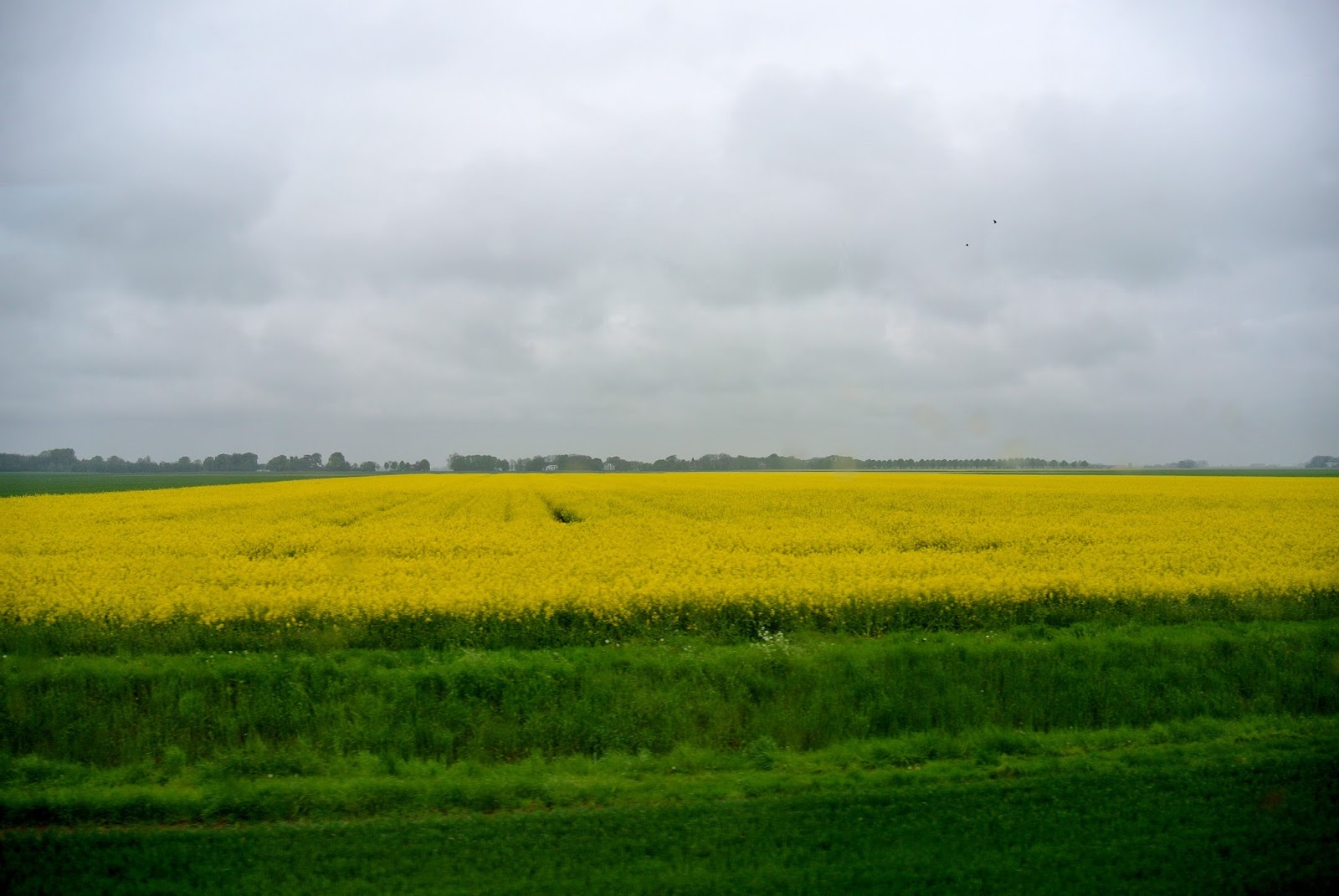 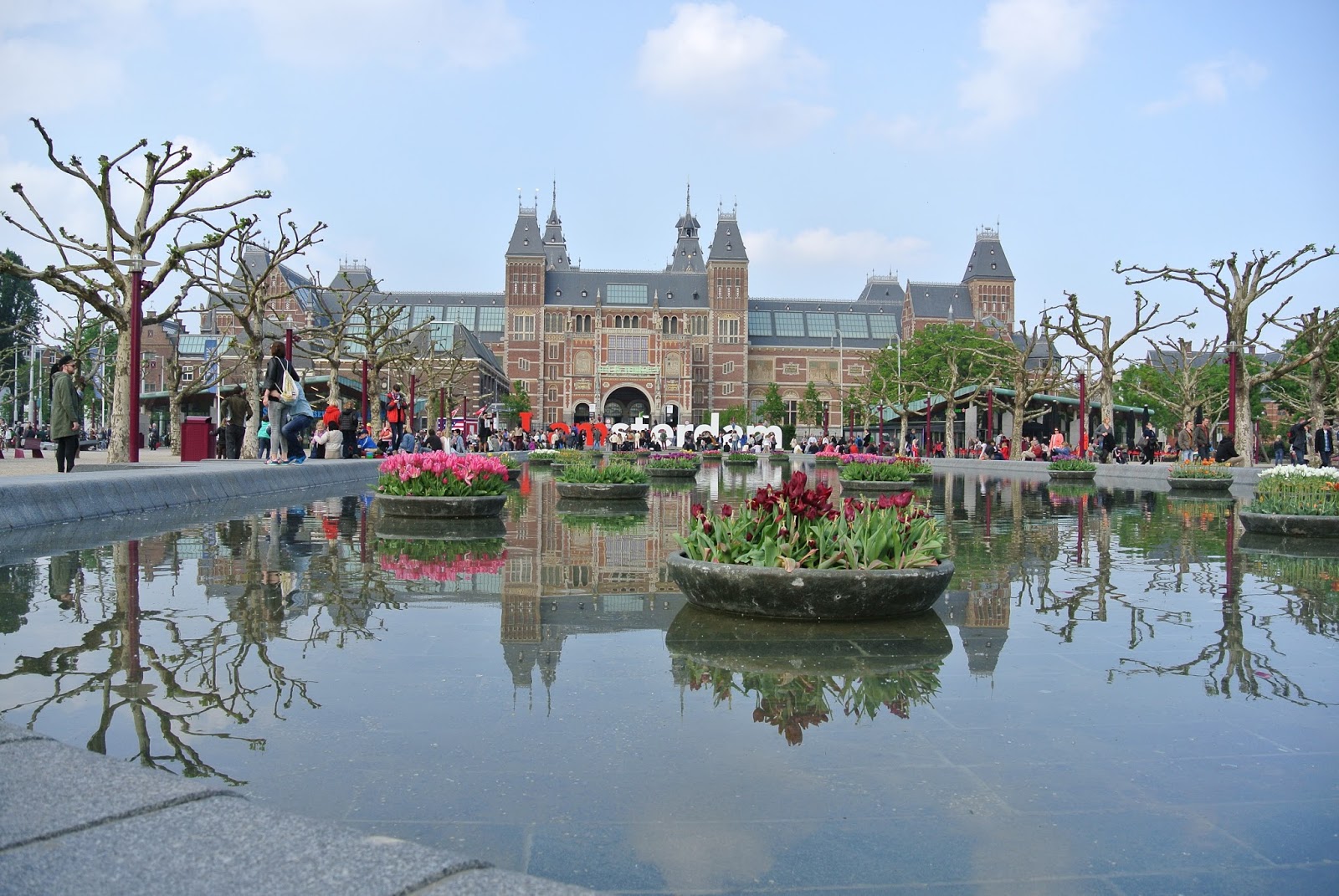 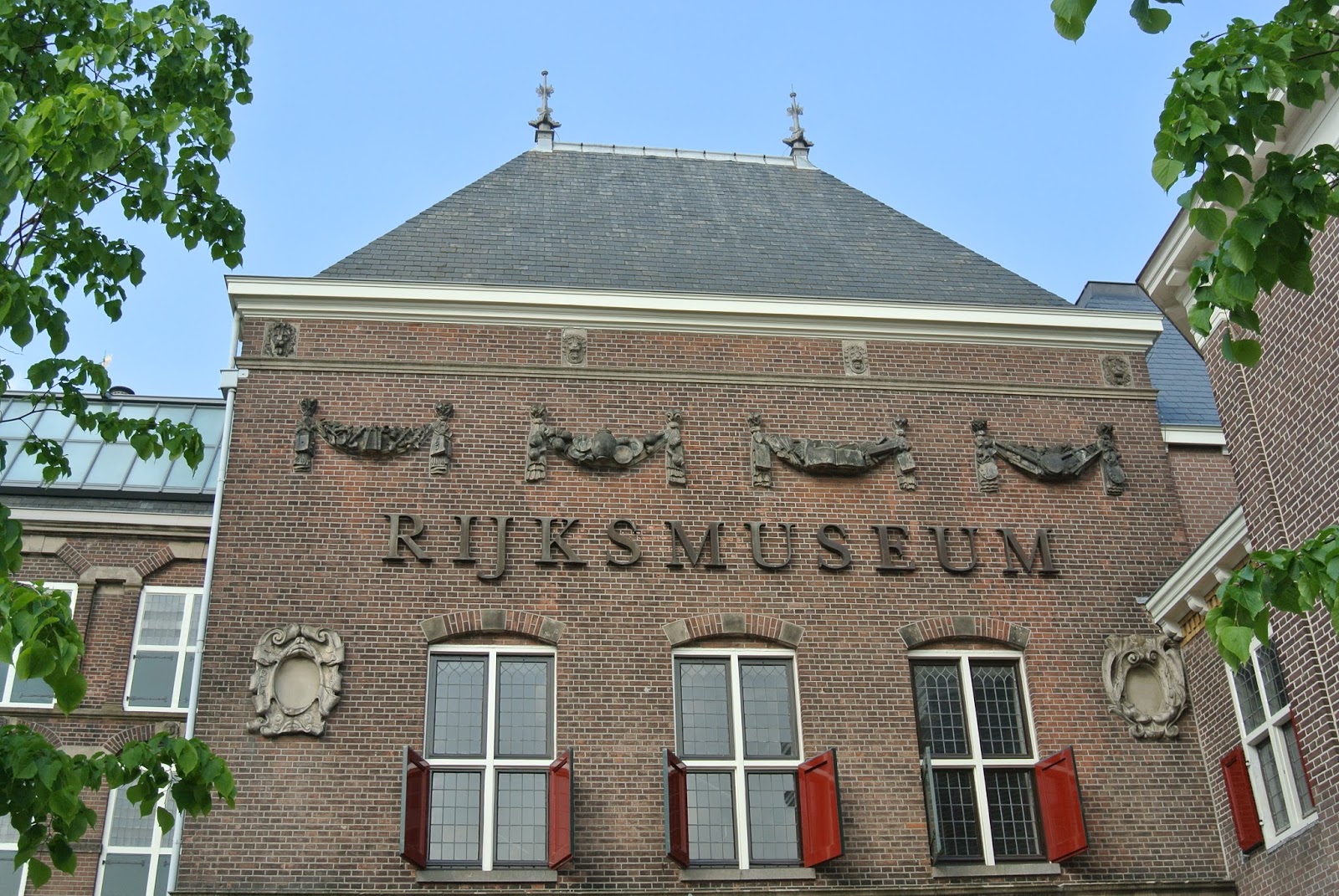 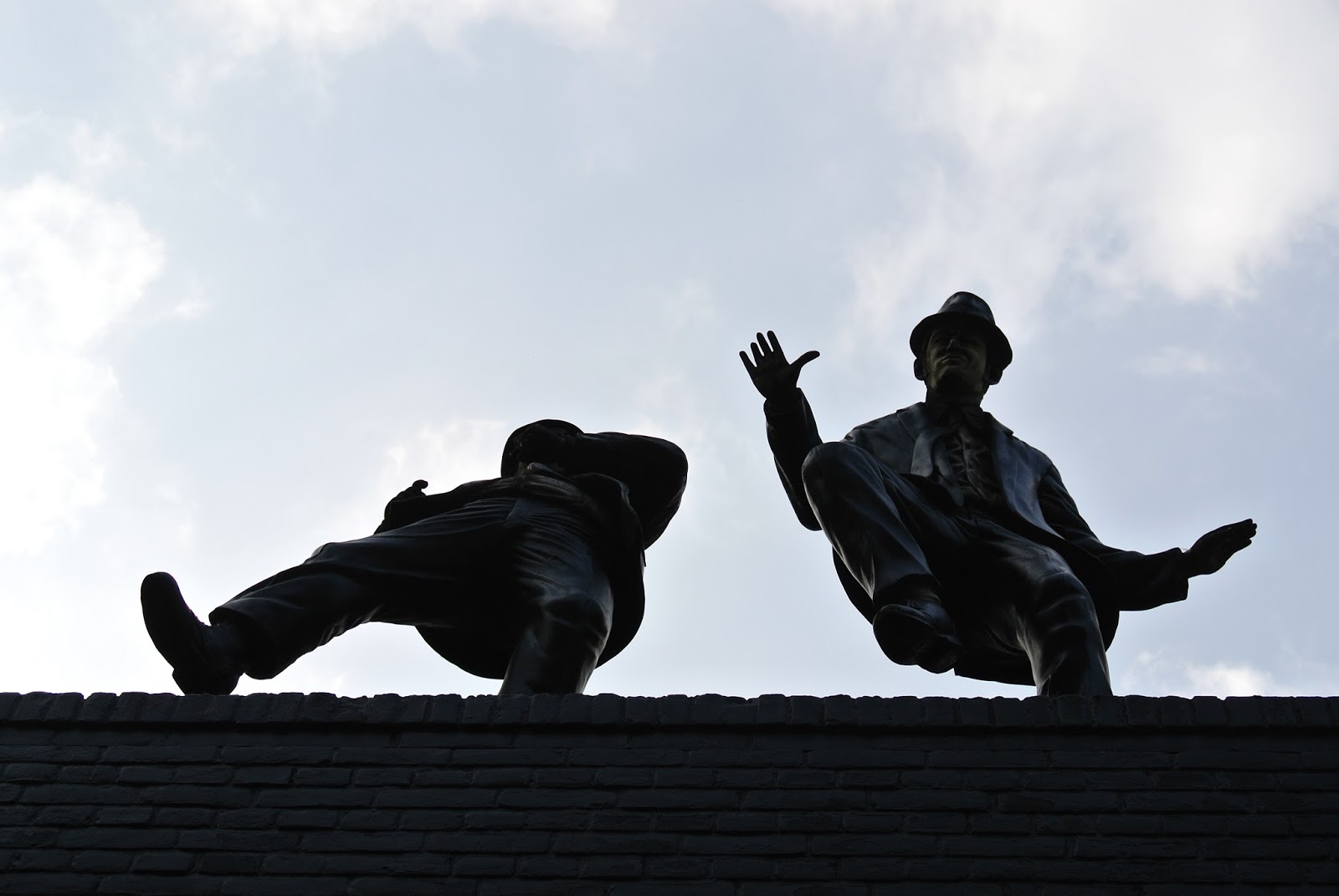 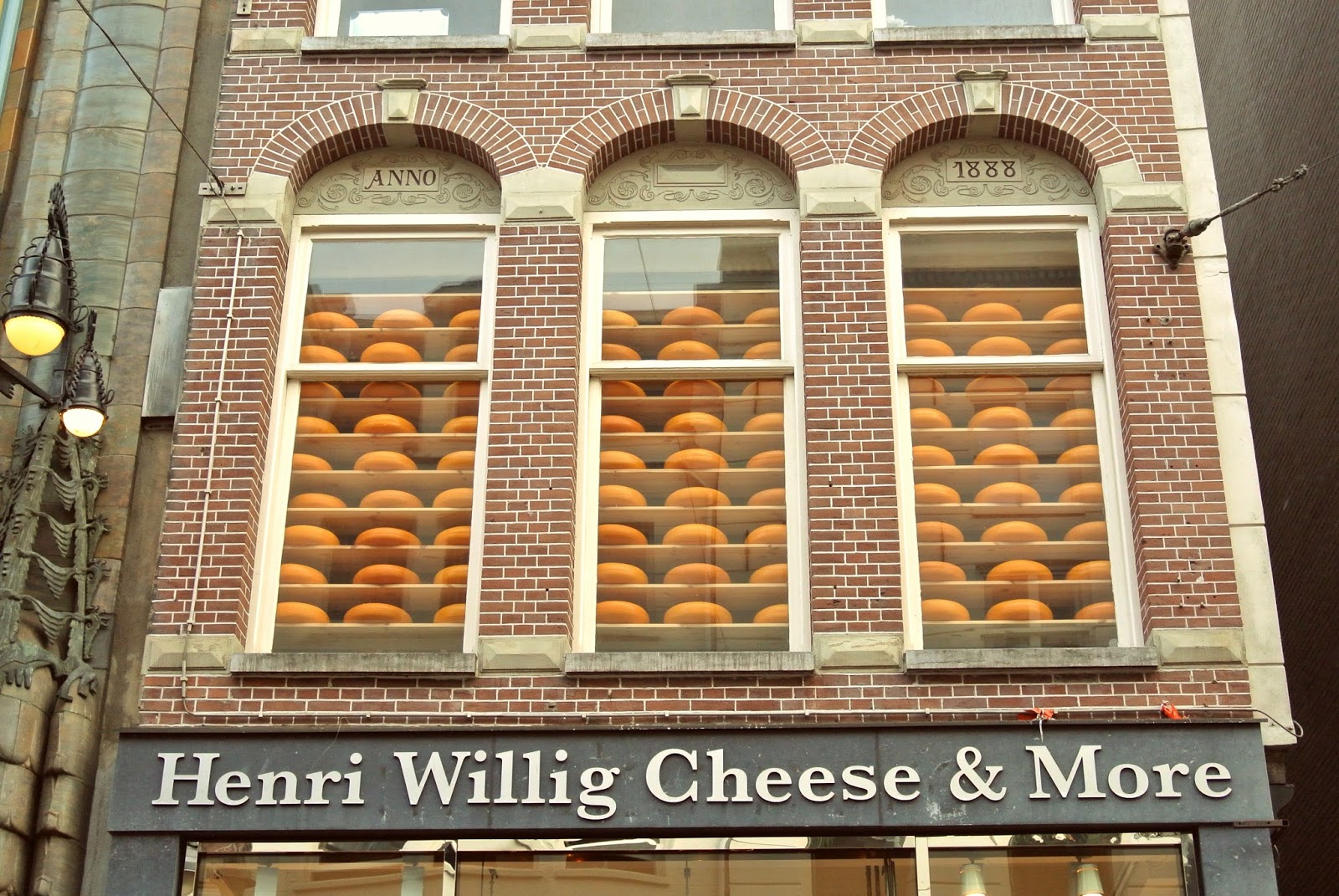 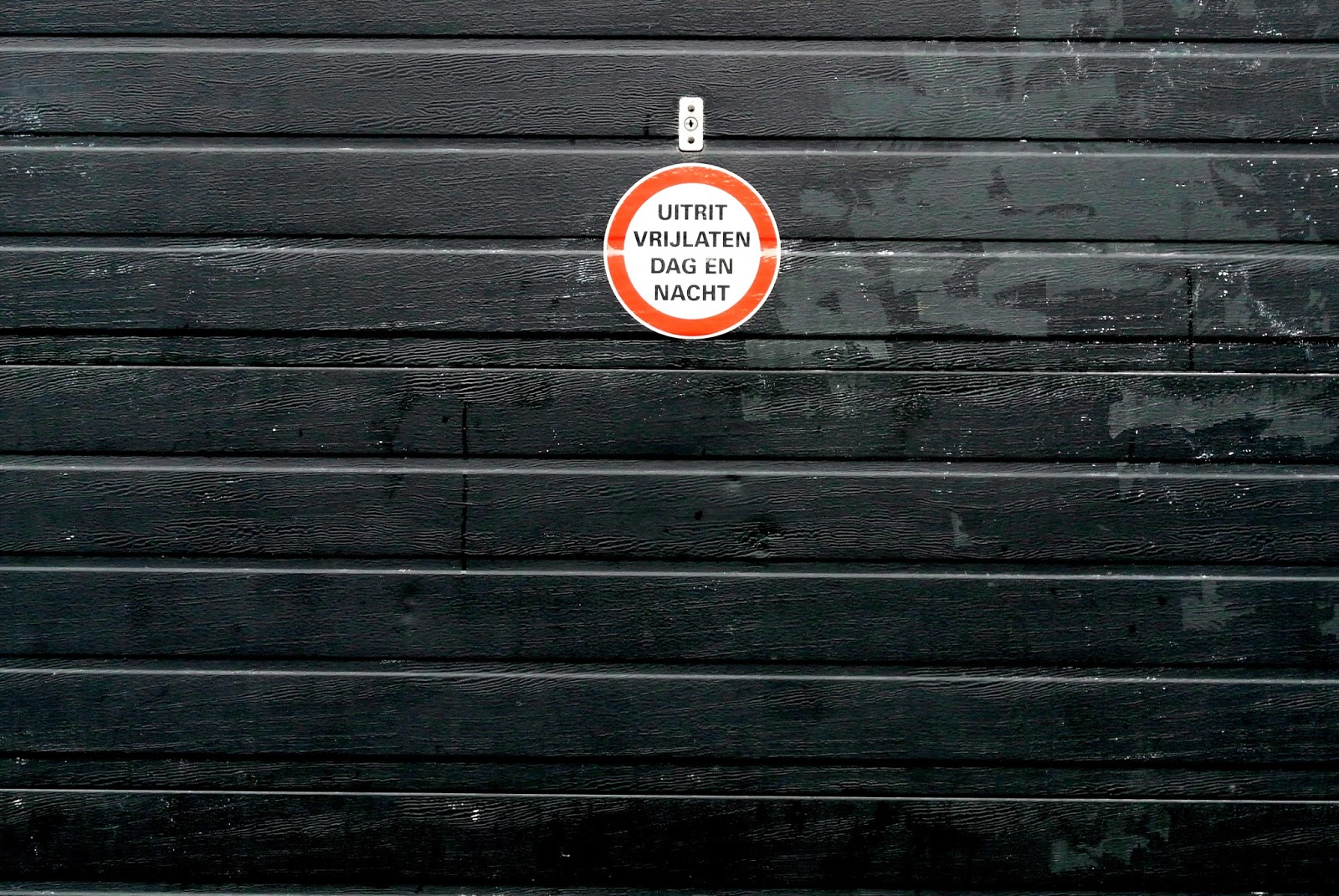 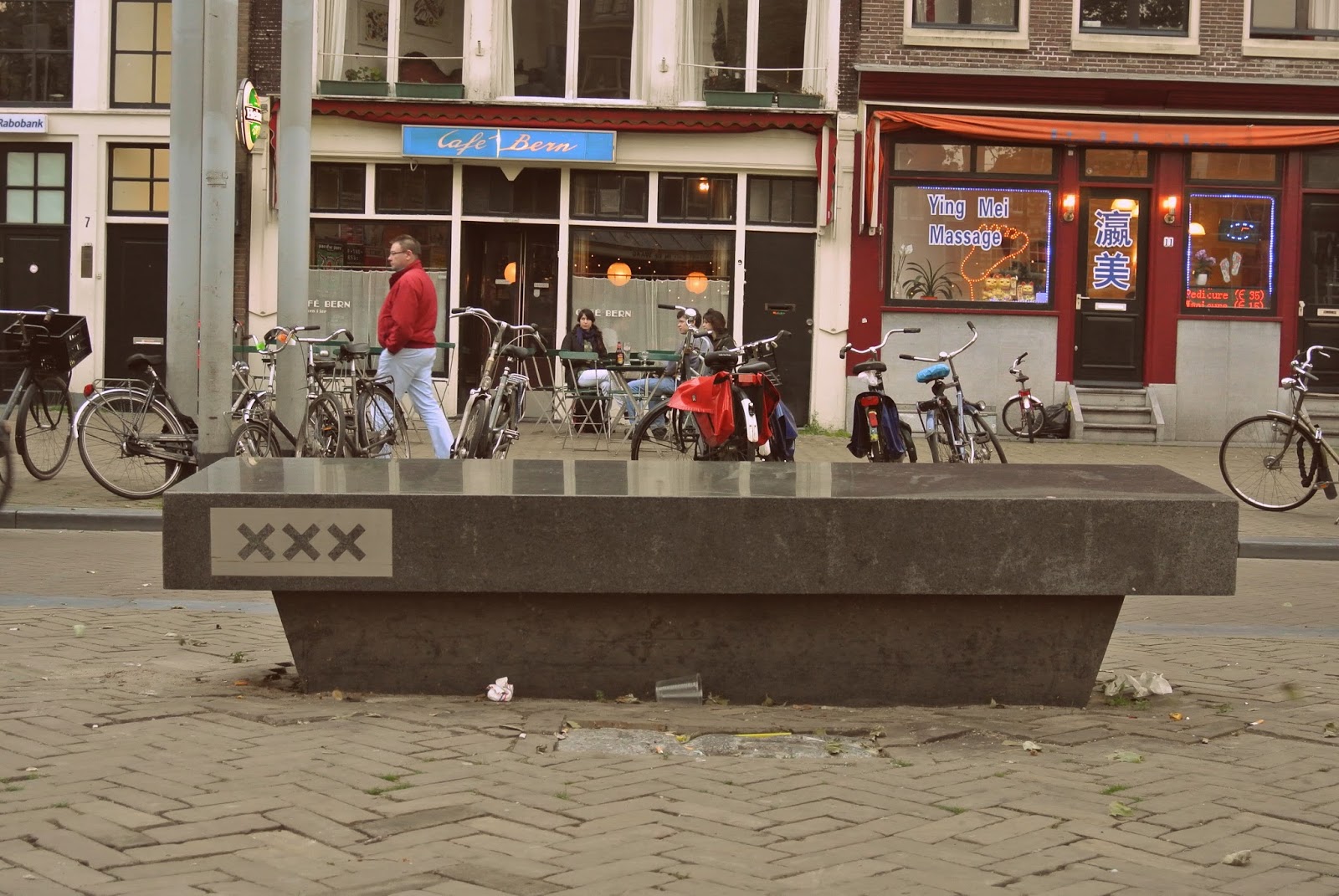 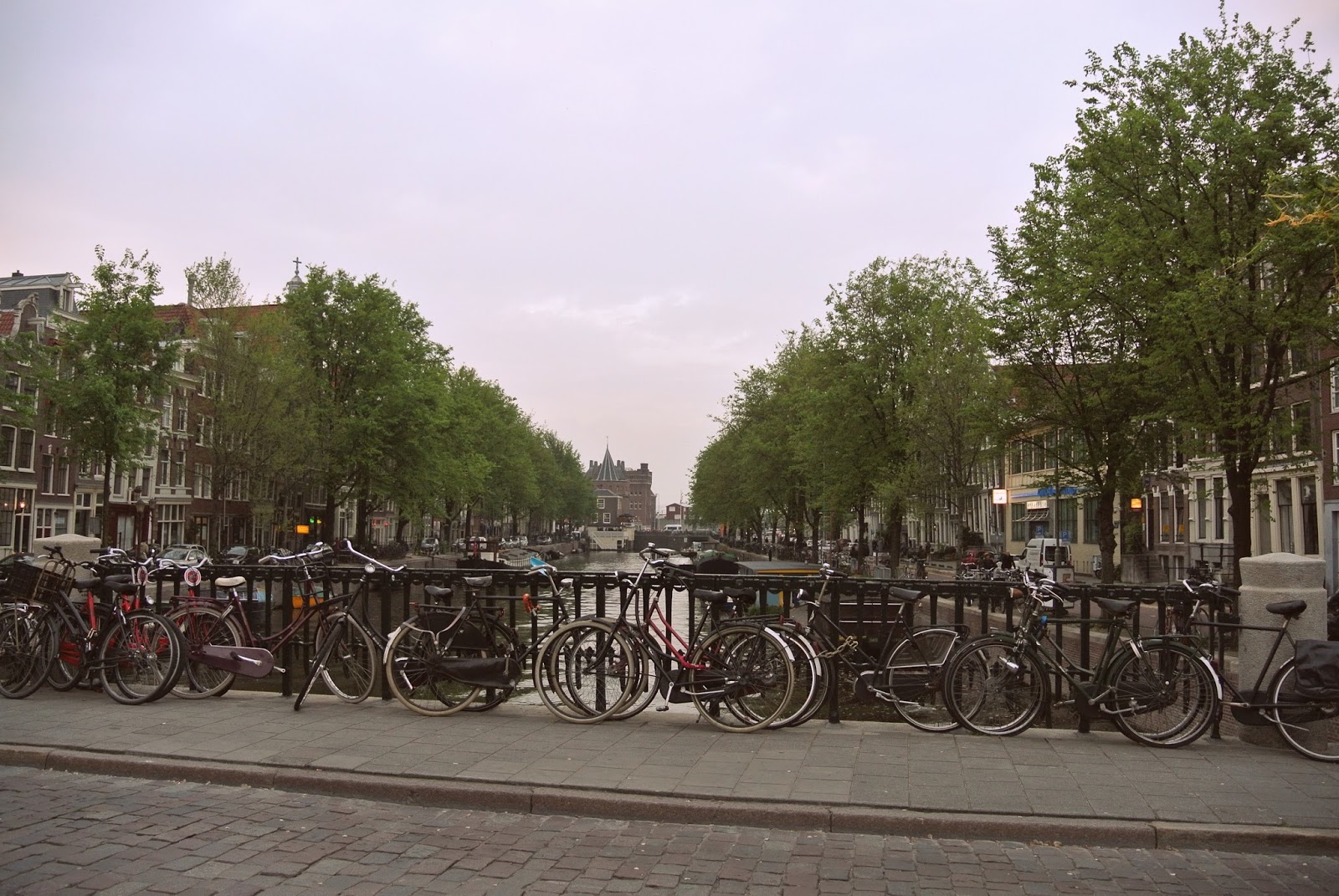 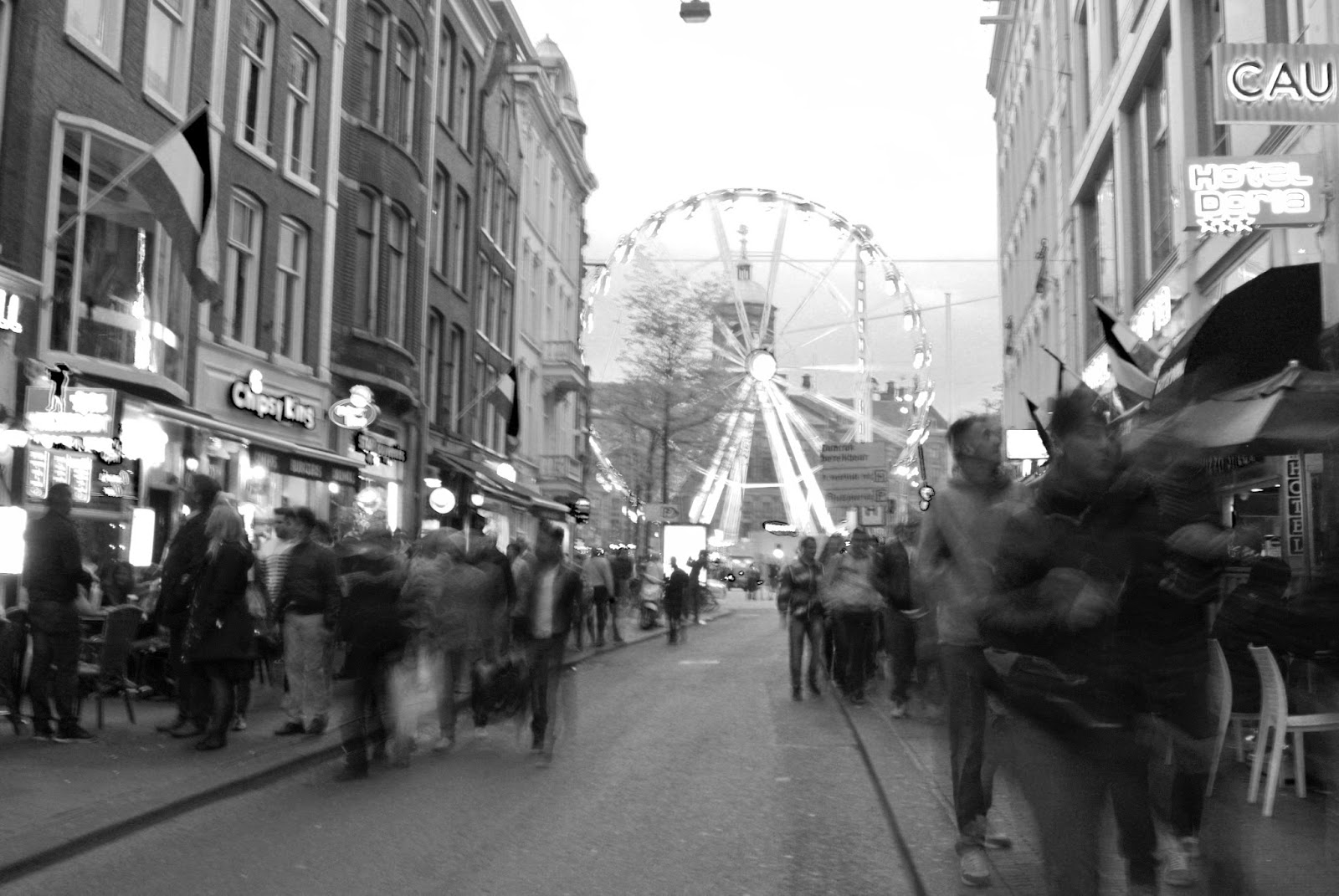 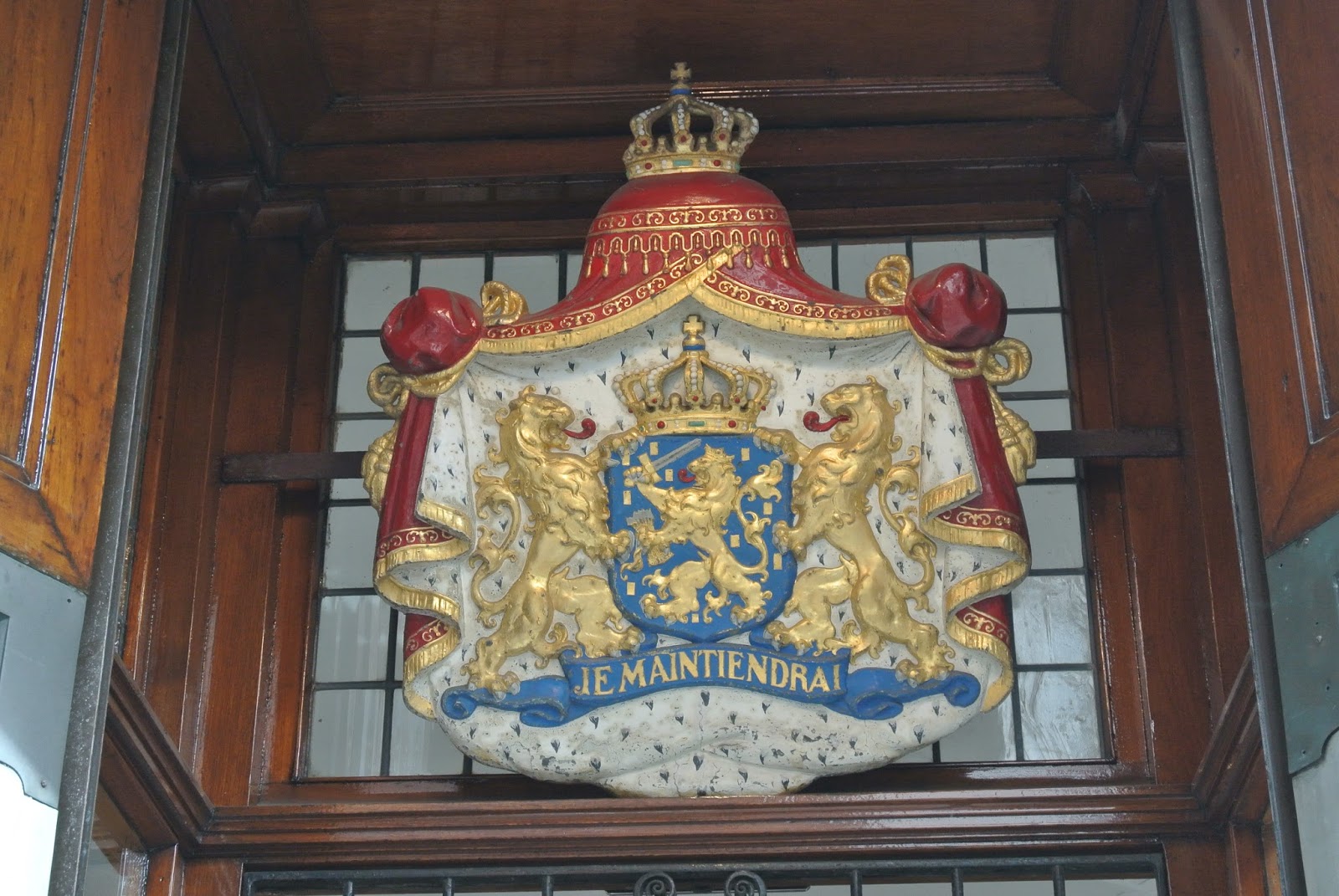 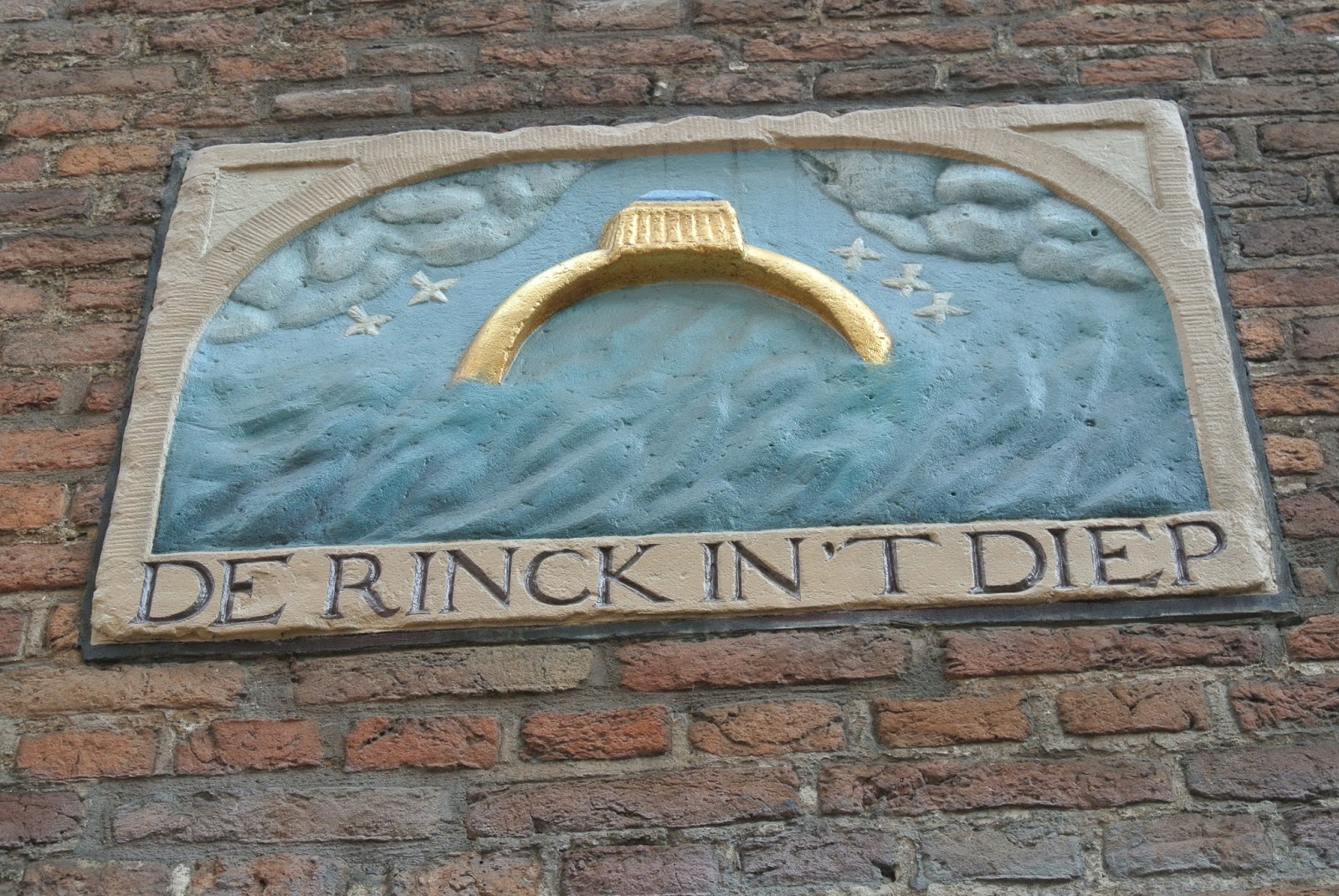 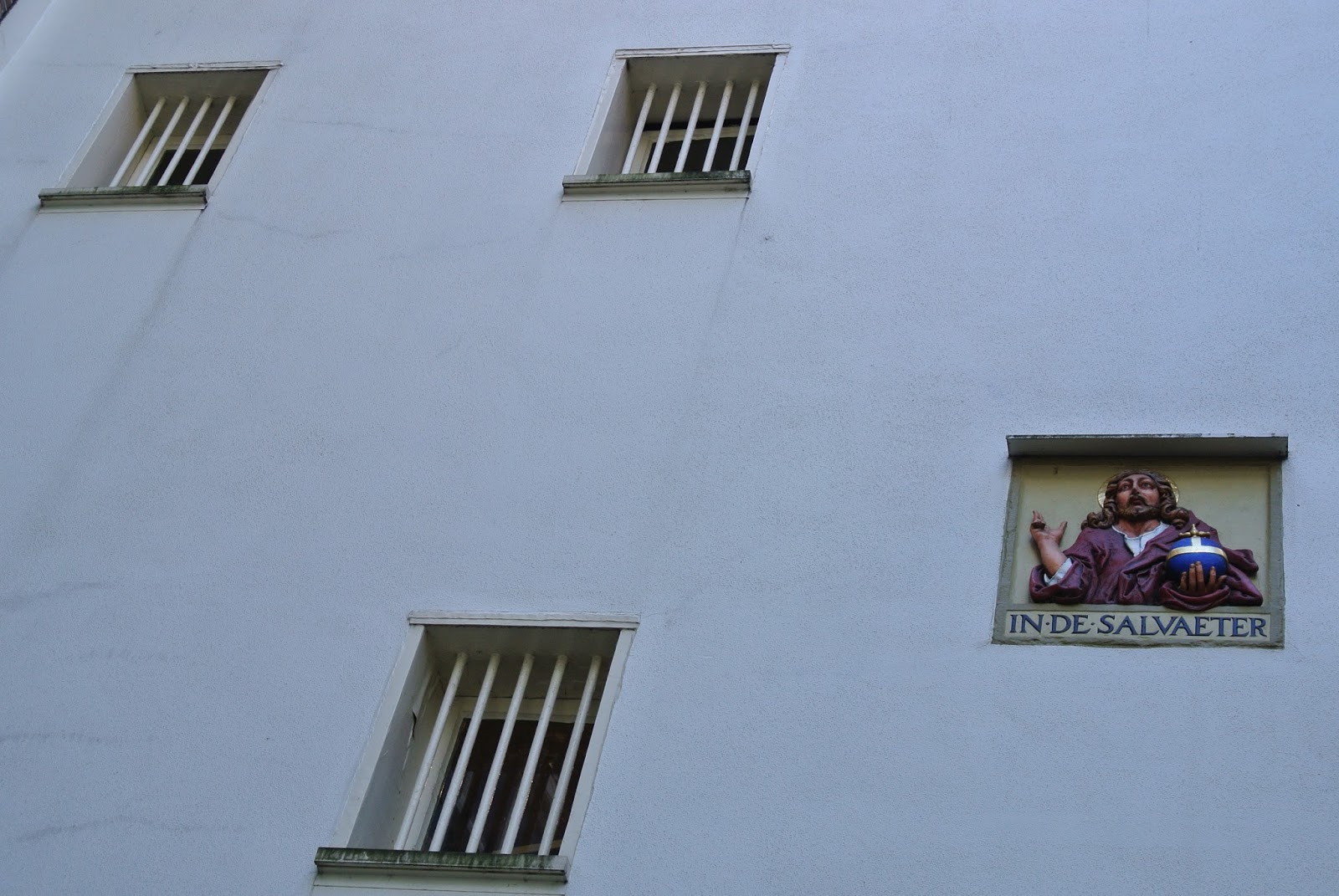 Trying to save on money, I mostly went to places I found when googling "free things to do in Amsterdam". The first was the Begijnhof, a secluded courtyard in the heart of Amsterdam where the Beguines still live. You have to find a wooden door to enter the courtyard, so it felt a bit Alice-in-Wonderland-ish. Right in front of the door is a square called Spui where coincidentally a second-hand book market took place, so basically I walked into heaven right there. 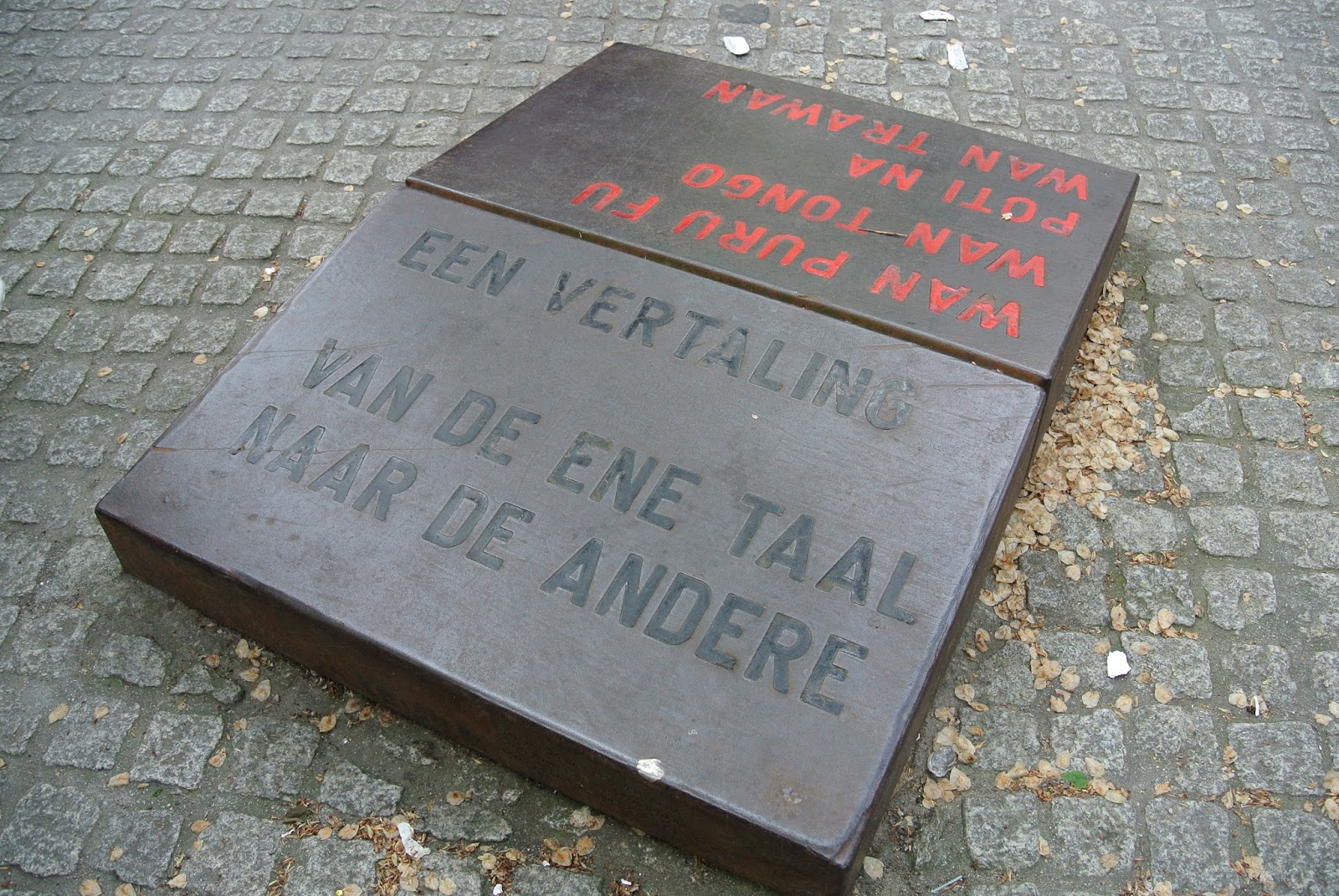 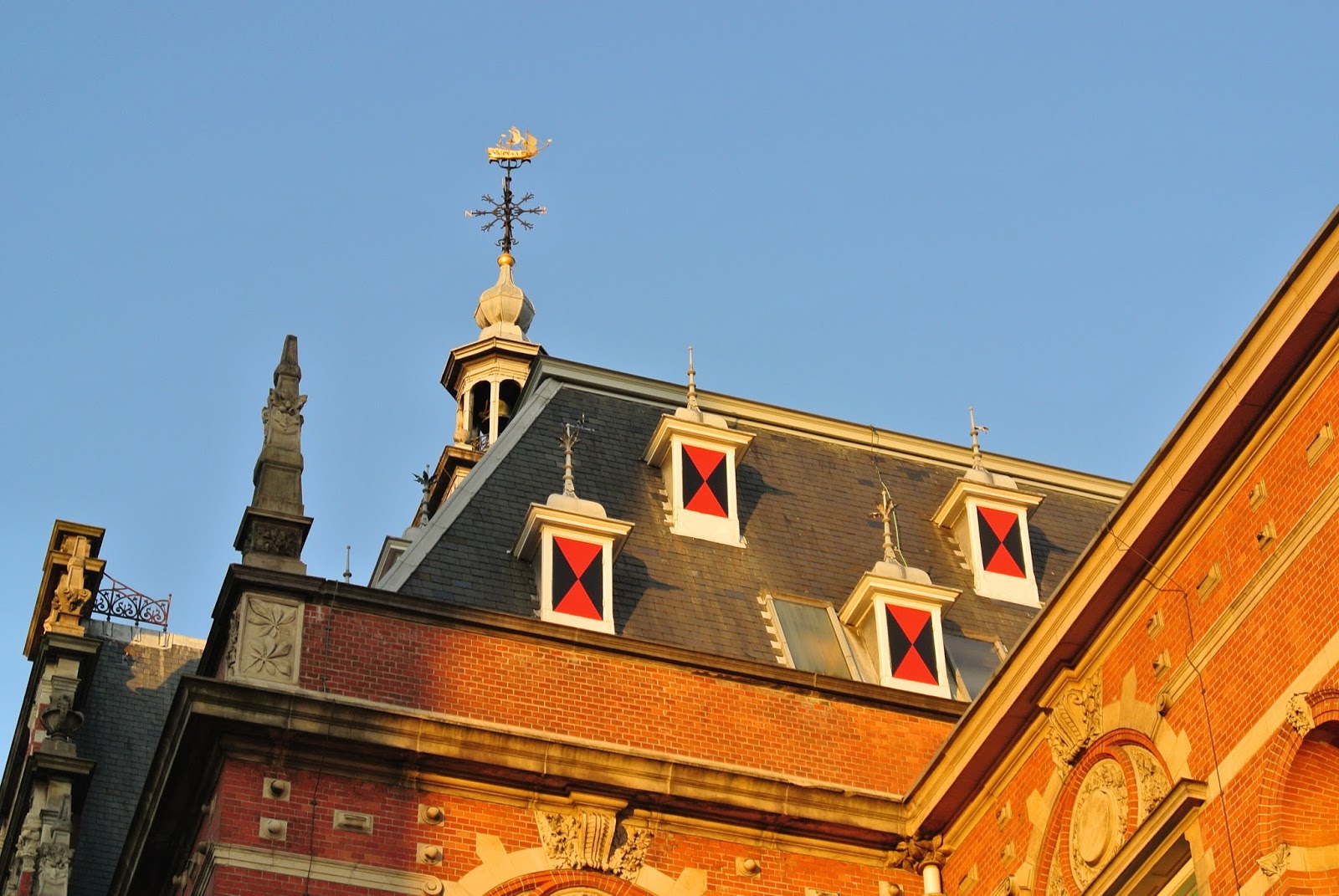 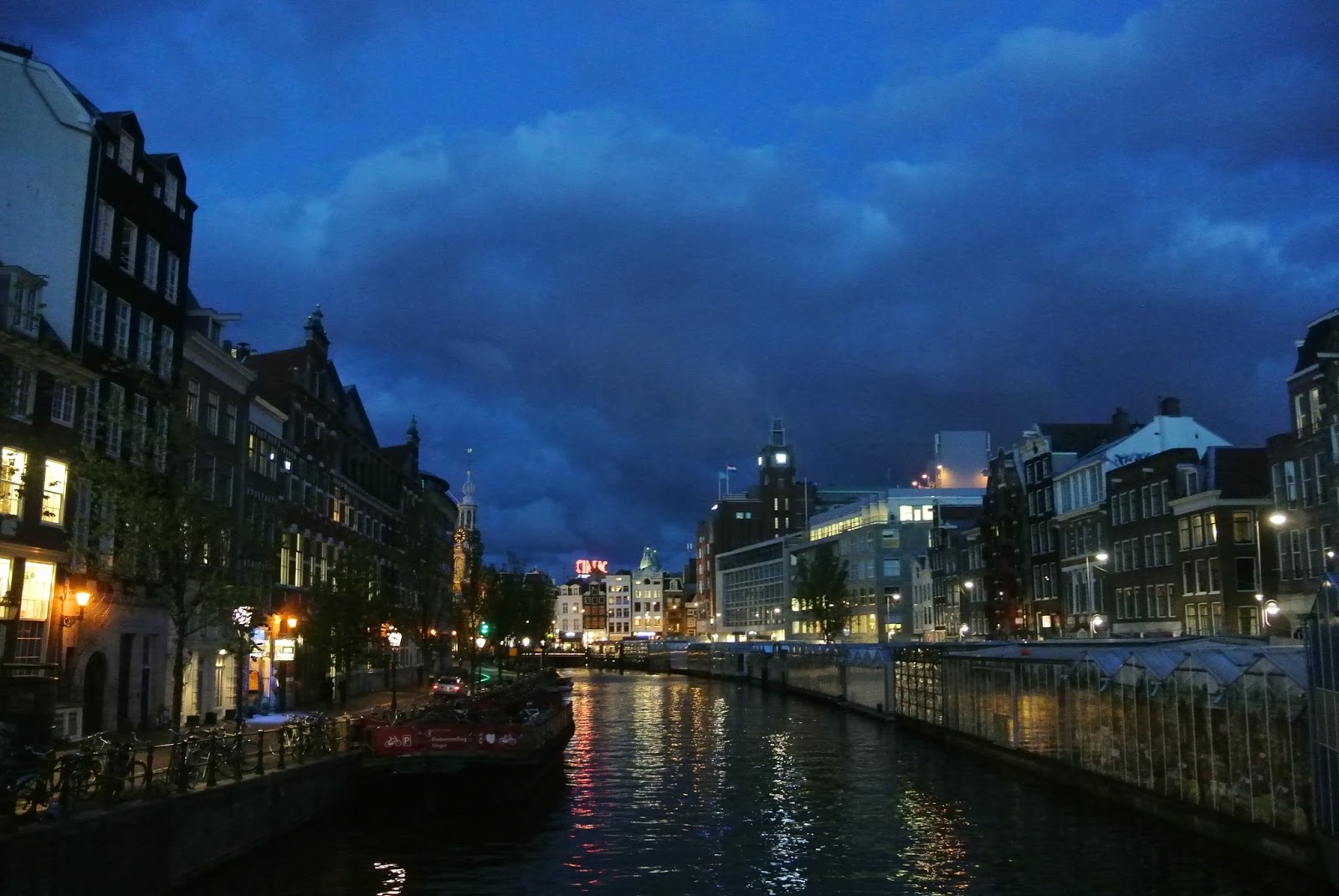 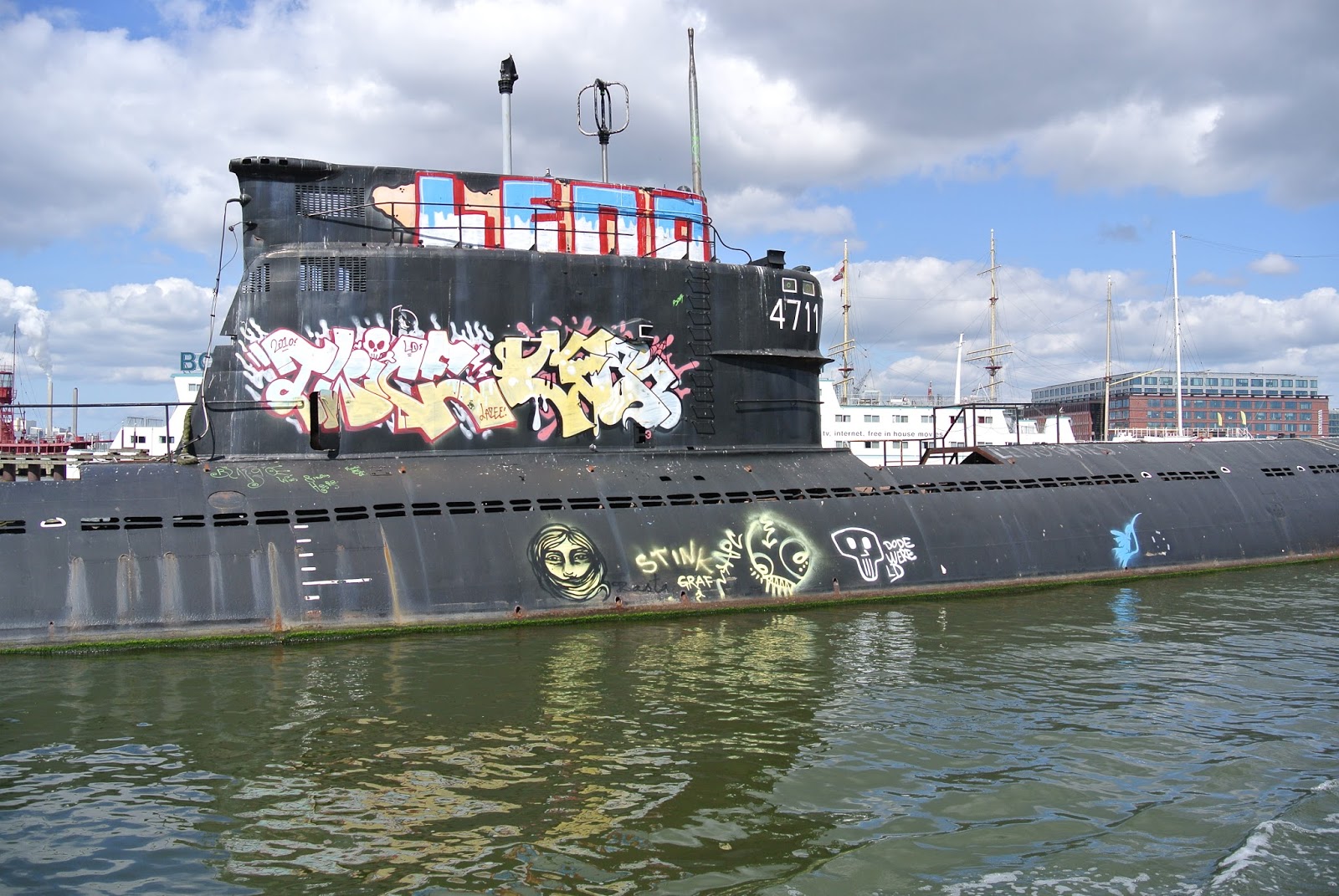 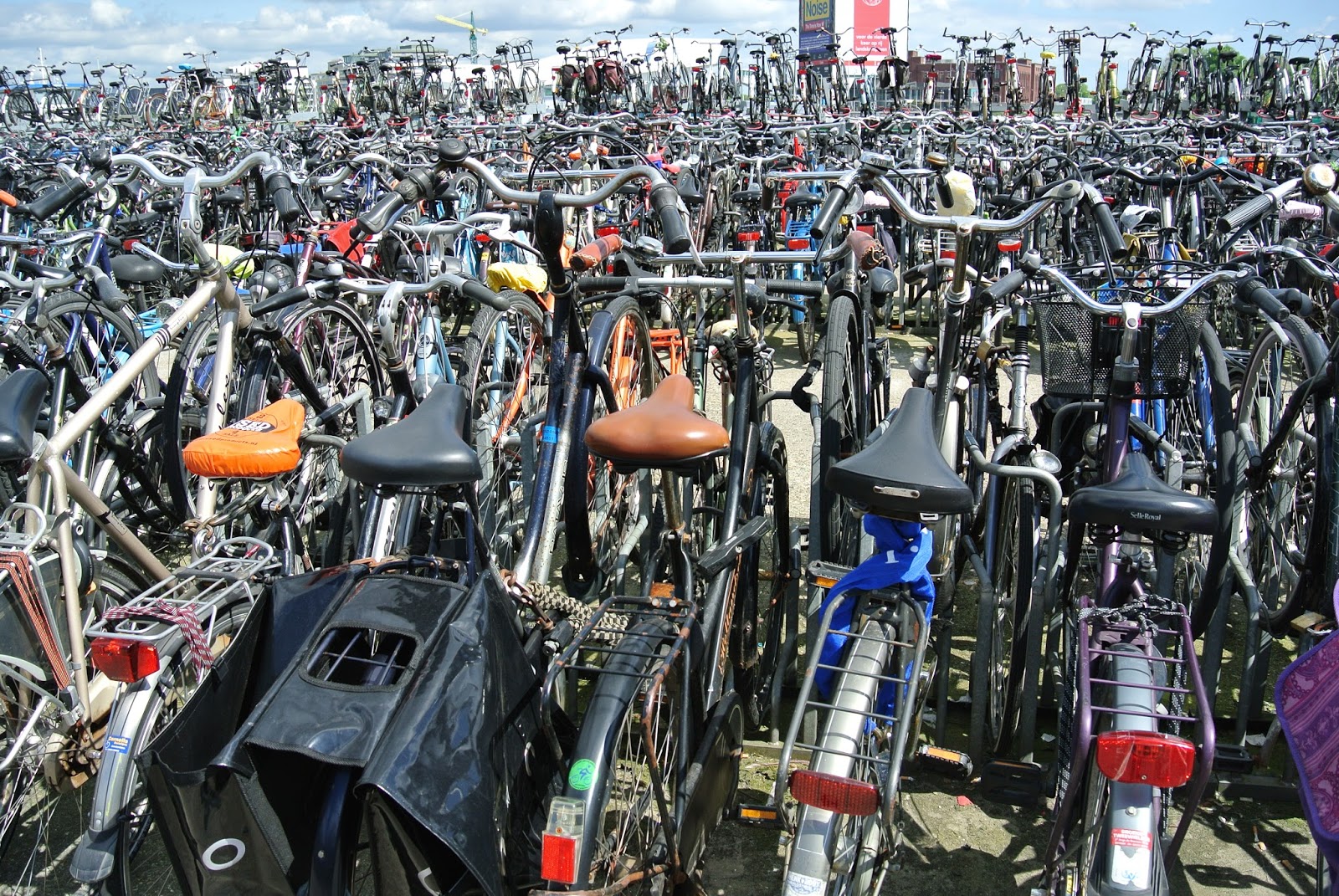 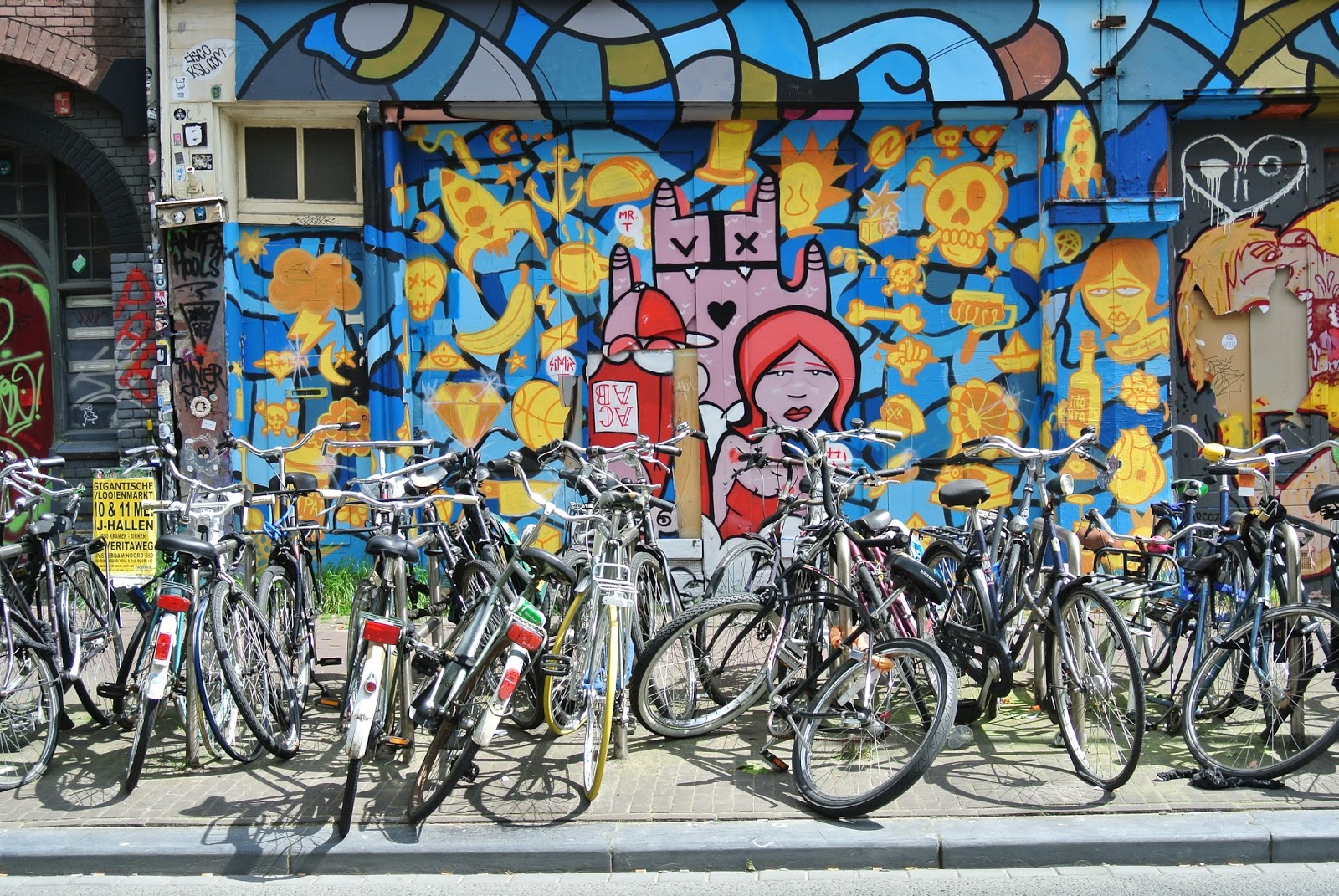 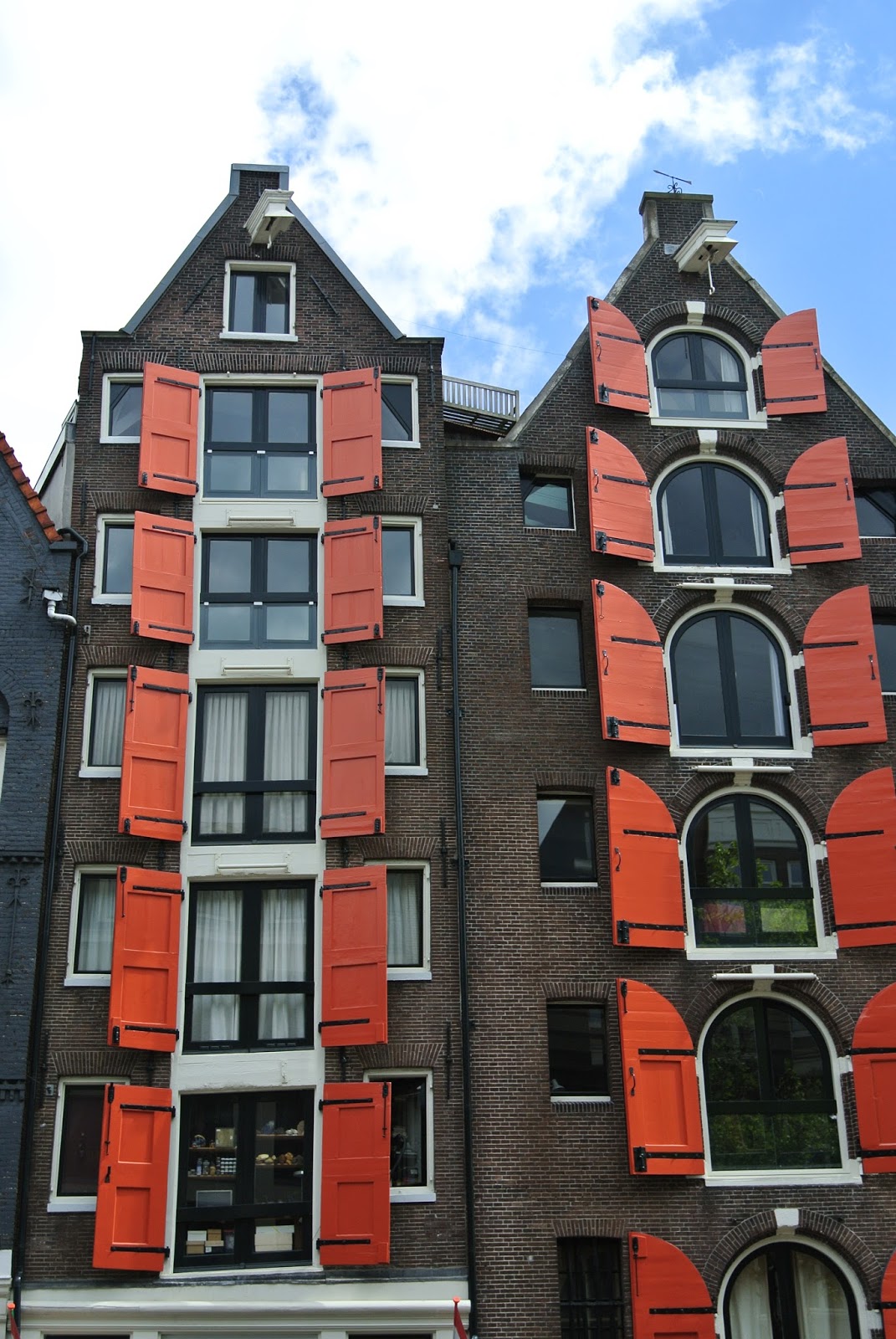 Another wonderful thing about Amsterdam was its markets. Here there is a Wochenmarkt that happens on Wednesdays and Saturdays and where you can buy mainly fresh produce, some plants and needlework supplies. At home going to the market meant driving through to Joburg and exploring the delicious delicacies of the Neighbourgoods Market whilst pushing past throngs of hipsters. It entailed chilling with friends, enjoying a cocktail and exploring Braamfontein. In Amsterdam there is the Albert Cuyp market, which takes over an entire street and where vendors sell almost anything. There is fresh produce, bicycles and accessories, waffles, electronics, cheeses, poffertjies, and and and. It was very crowded but the rush of all the smells in the air was worth it. On our last day in the city we further headed to the Sunday Market, which seemed similar. We were there a bit too early, so the vendors were still setting up. But my mouth began to water when simply reading what was on offer: pulled pork sandwiches, tortillas with various fillings, wonderful breads and beautiful little tarts. If it had been a little later in the day I would have gotten a pitcher of Mojitos and had myself a feast.

On our way back to the train station we walked down the Haarlemmerdijk and found the.most.awesome.patisserie.ever. Petit Gâteau prepare all their little pastries in the store and you can also learn how to bake in their atelier. There is this row of 30 little cups with different fillings, ranging from every chocolate kind possible to orange and pistachio, clafoutis filling and the one I chose in the end: a panna cotta filling. Best thing I ate in Amsterdam. 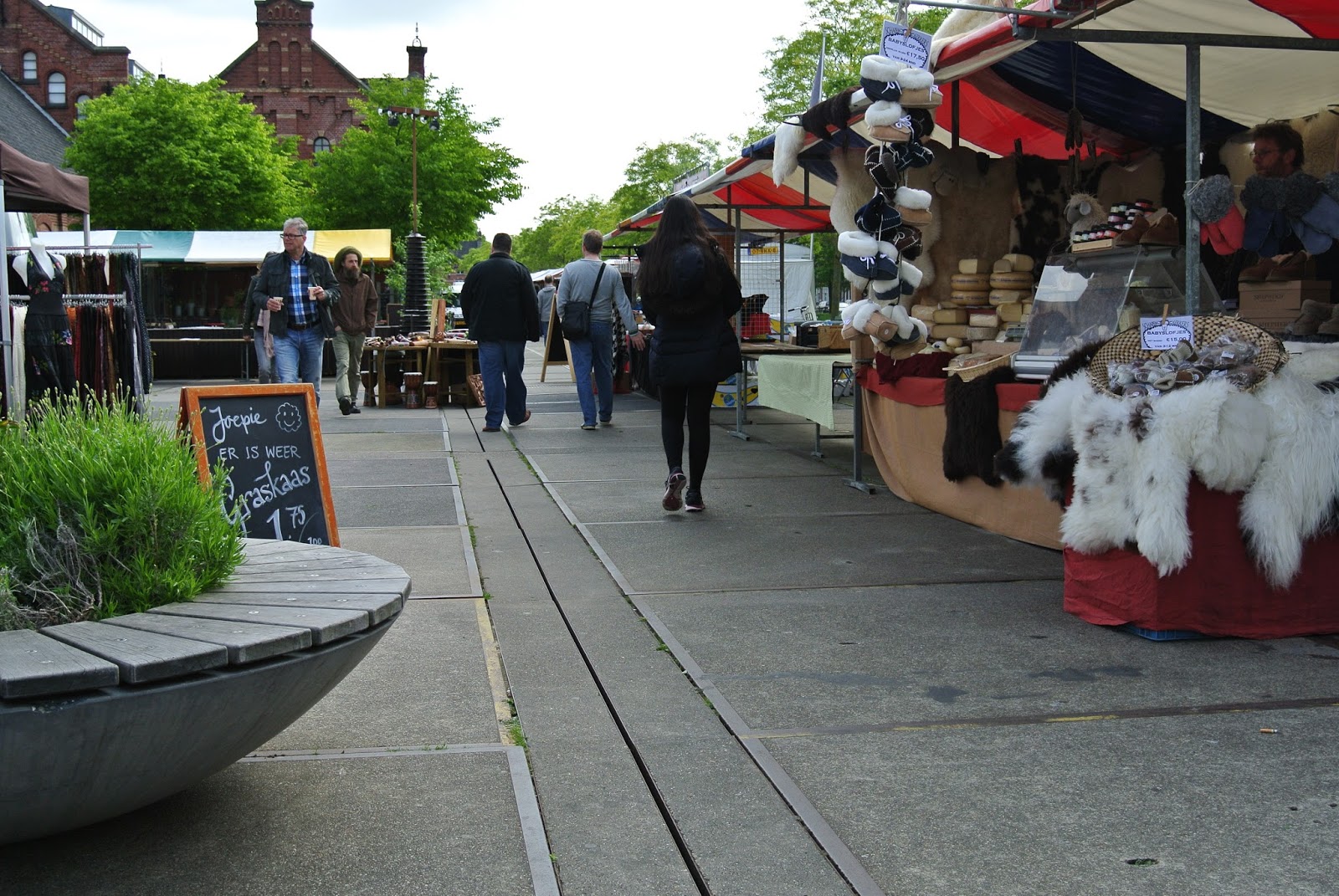 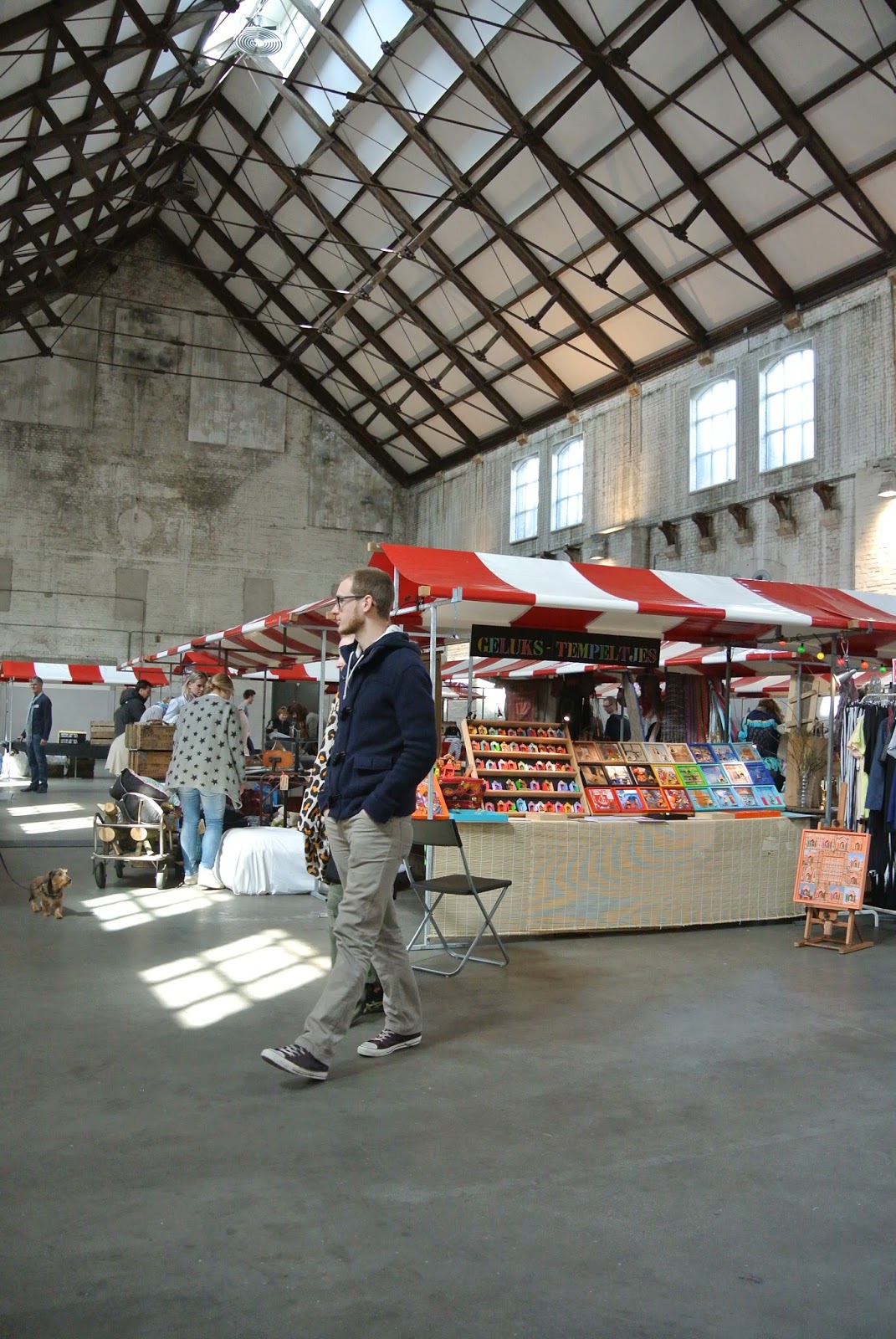 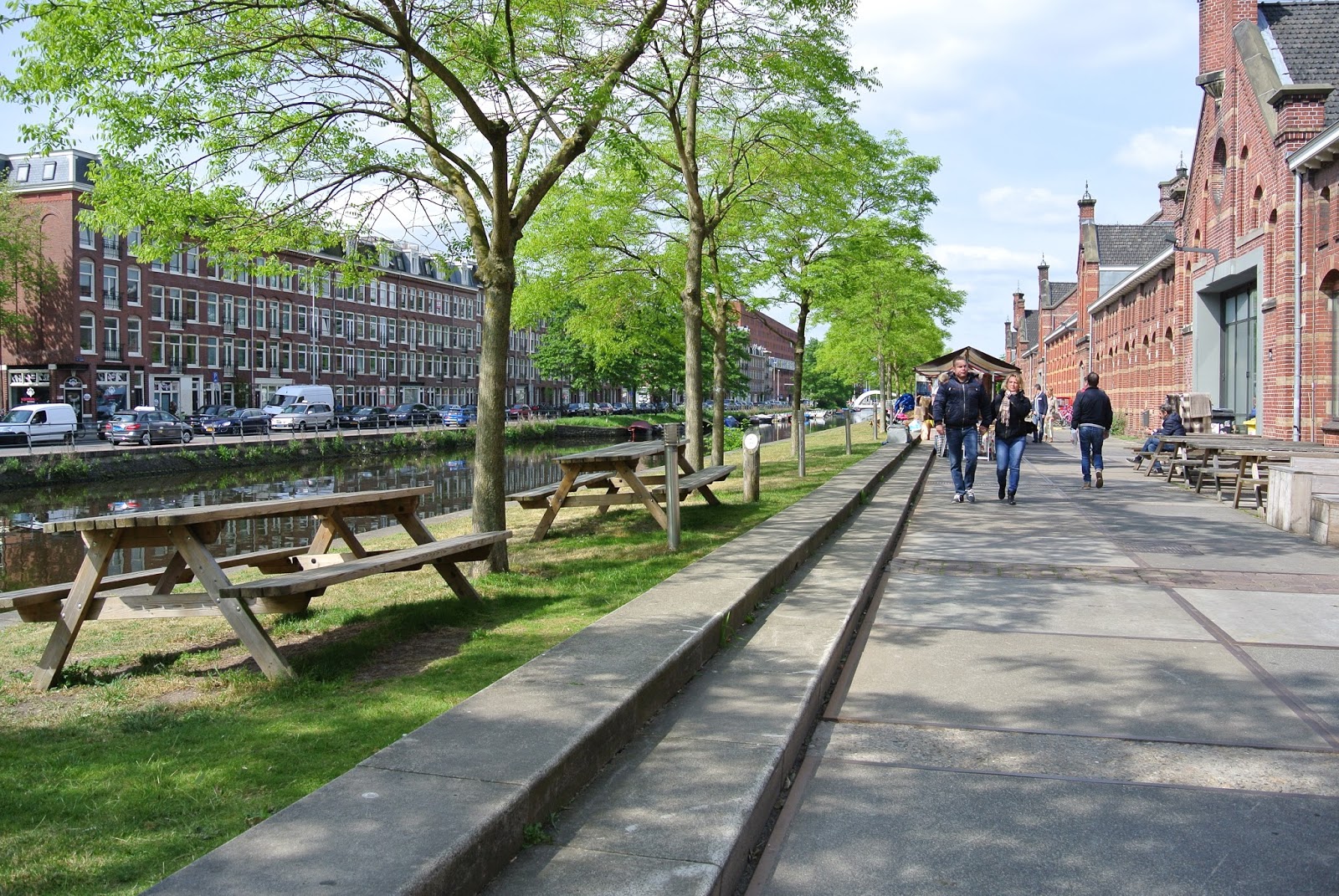 After the last market we took 4 trains and again 8 hours to get back to Flensburg. Nothing like sleepless restlessness to make you appreciate having been elsewhere and having returned to your own bed.